Home > About Us > History

During the spring of 1973, after a profound religious experience of her own 30-day retreat, Sr. Joanne Chiaverini, I.H.M. began to sense a need and an urgent desire on the part of lay men and women to grow in the “how-to’s” of prayer. There was an attraction to the use of sacred scriptures in prayer and reflection; people were asking for “oasis spots” – places where they could find some silence and peace and for friends they could share faith with more personally. As she felt this need and shared this with friends, they encouraged her to begin. It was Sr. Joanne’s conviction that the Prayer Center ought to be located where the poor could walk. And so, a group gathered together in Sharon & John Ahearn’s living room one evening, and prayed for wisdom and direction. This group became the first Prayer Center Team, and thus the seeds were planted.

The first Prayer Day was held July 2, 1974 at the old St. Francis of Assisi Convent on North Saginaw Street in Flint. Sr. Joanne Chiaverini, I.H.M., still taught school full time the following year. On evenings and weekends she did prayer ministry. It was gratifying that shortly before his death, Bishop Zaleski expressed his enthusiasm that the St. Francis Prayer Center was beginning in the Flint area as a grassroots movement. In the fall of 1975 the Prayer Center became a full time ministry. The nine-week In-Home Retreat experience was authored by Sr. Joanne, and later copyrighted and published in 1981. Since then, countless men and women of all faiths have enjoyed the benefits of this special adaptation of the Spiritual Exercises of St. Ignatius of Loyola. A trained team of lay spiritual directors have authored a training manual for the In-Home Retreat. 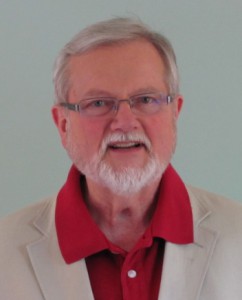 Although Fr. Phil Schmitter was a member of that first formative team mentioned above, he became a full time staff person in January of 1978 when he moved into River Park Apartments, a low-income housing development close by the Prayer Center. River Park and his ministry became the outreach of the Center.

As a result of the Diocese seeking to sell St. Francis Parish and after a long time of prayer and discernment, we became a duly constituted not-for-profit tax-exempt organization incorporated in the State of Michigan (a 501(c) 3 by the U.S. Department of Internal Revenue) on September 20, 1979, and in blind faith purchased the one hundred year old farm house located at 1602 East Carpenter Road. Again, a priority in discernment was reaffirming our previous conviction to be located where the poor would find us easily accessible. What began as an unfortunate decision on the part of the Diocese providentially became a very farsighted blessing for the Prayer Center.

One hundred sixty-eight families gutted, re-wired, and re-plumbed the old house; and ground was broken on the eve of Pentecost, 1980, to build the chalet addition, serving as a large meeting room, full basement and loft chapel. On March 15, 1981, Reverend Alfred Fennel, a Methodist minister, Reverend William Carolin, a Catholic priest, and Rabbi Gerald Schuster, a Jewish rabbi, triple-blessed this beautiful “House of Prayer for all peoples.” Is. 56

Since that time the Prayer Center Staff (the Service Team, Spiritual Direction Team, Promotion Team and Vision Team) have led the Prayer Center Community through their respective gifts of leadership, spiritual direction, and other forms of ministry and service.

In 1987 the Prayer Center agreed to remove a dangerous eyesore, the abandoned meat packing plant across from River Park Apartments, in exchange for the deed to those three acres of land in Genesee Township.

Ongoing evaluation of the site to develop something of benefit to the neighborhood and a grant to administer this never materialized.

In May of 1991, after nearly a year of discernment, the staff decided to move the physical facility about one-half mile east to G-2381 East Carpenter Road, the three-acre site mentioned above, to avoid the high tension transmission lines that wrapped the building on all sides, a serious environmental threat to anyone living, or working, or praying at the Center. This 3rd new home is the perfect spot, since it is located directly across the street from two public housing developments, convenient for the poor to walk to, as well as being a beautifully wooded, natural setting. After this move, the Vision Team dissolved and it was felt their job description belonged to all the teams. The staff felt the need for a Development Team, still to be formed.

Since that time, the physical beauty of the Center has blossomed through the tireless efforts of the Co-Directors, volunteer staff, and much donated materials and labor. In May of 1992, and October of 1993, special blessings and re-dedication services have affirmed the role of the spirit, staff, programs, and facility of the St. Francis Prayer Center as a vital force leading the People of God into the 21st Century.

Over the years, the programs of the Center have been a great benefit to such diverse groups as Cursillo, ME, BE, ACA, the Renew Programs, Faith & Sharing, staffs of many schools and religious education programs, congregational boards of many denominations, over 700 In-Home Retreatants, and many groups.

As a way of becoming self-supporting, we are seeking to lease out our facility (capacity of 60) for small weddings, showers, family reunions and business gatherings to any group “too small for your parish hall and too big for your living room.” It is our dream to develop and promote this aspect of our ministry.

Since our blessing from Reverend Bernard Haring, C.S.S.R., to “Remain in the presence of the Lord, and you will be sent to be the Good News!”, we have experienced this call to “do justice” by advocating for our poor in the cause of environmental racism and eco-spirituality. It has deepened our appreciation of the charisma of St. Francis.

It has been customary for St. Francis, under the direction of Sr. Joanne and also Fr. Phil to attend to the spiritual, and emotional needs of the people who came seeking this support. In the last 8 years, our most recent history under the direction of Director Deb, the center has responded to a very practical physical need of our people in Genesee County, especially in Flint. The Food Pantry and Bed Ministry provide vital assistance for the very great need in our city.